Buy your tickets below
https://gofan.co/app/school/HHSAA

Buy your tickets below
https://gofan.co/app/school/HHSAA

it was close match throughout, but in the decisive fifth set University Lab jumped out to a 4-0 lead and looked poised to run away with the set before Le Jardin rallied to within a point on a Ryli Kalahiki kill at 6-5.

From there, the Junior Bows went on another mini run, pushing the margin back to 10-5. Down the stretch, Le Jardin only found two more points in the remainder of the final set, while Ah Yat had three consecutive kills in a stretch to get University lab to match point.

Riley Diersbock put down her match-high 25th kill to keep the home teamʻs hopes alive, but Tong found Chazmine Oda for the kill on the next play to end it.

The service line was a key weapon for University Lab, to the tune of 16 points via the ace in the match, compared to Le Jardinʻs five.

Le Jardinʻs front line made up for the lack of punch at the back line, out blocking the smaller Junior Bows, 17 to 3.

The Bulldogsʻ duo of Diersbock and Sydnee Walker combined for 43 kills, and Genezia Hawkins dished out 43 assists in the loss.

Wonderful weekend on July 17-18, 2021 at the Hawaii Convention Center. In the first post-pandemic tournament , the Aloha Summer Classic was a huge success and validated that the state and volleyball is moving forward  towards  pre-covid volleyball.  The club featured two youth teams and two women's adult teams . In a short time to prepare, practice and outfit the teams , the club was able to successfully do all of the above and compete in the tournament. This represented  the final appearance and participation of Tommy's 18's  a  three year team which features high school seniors who have graduated and now transitioning to college for education and volleyball 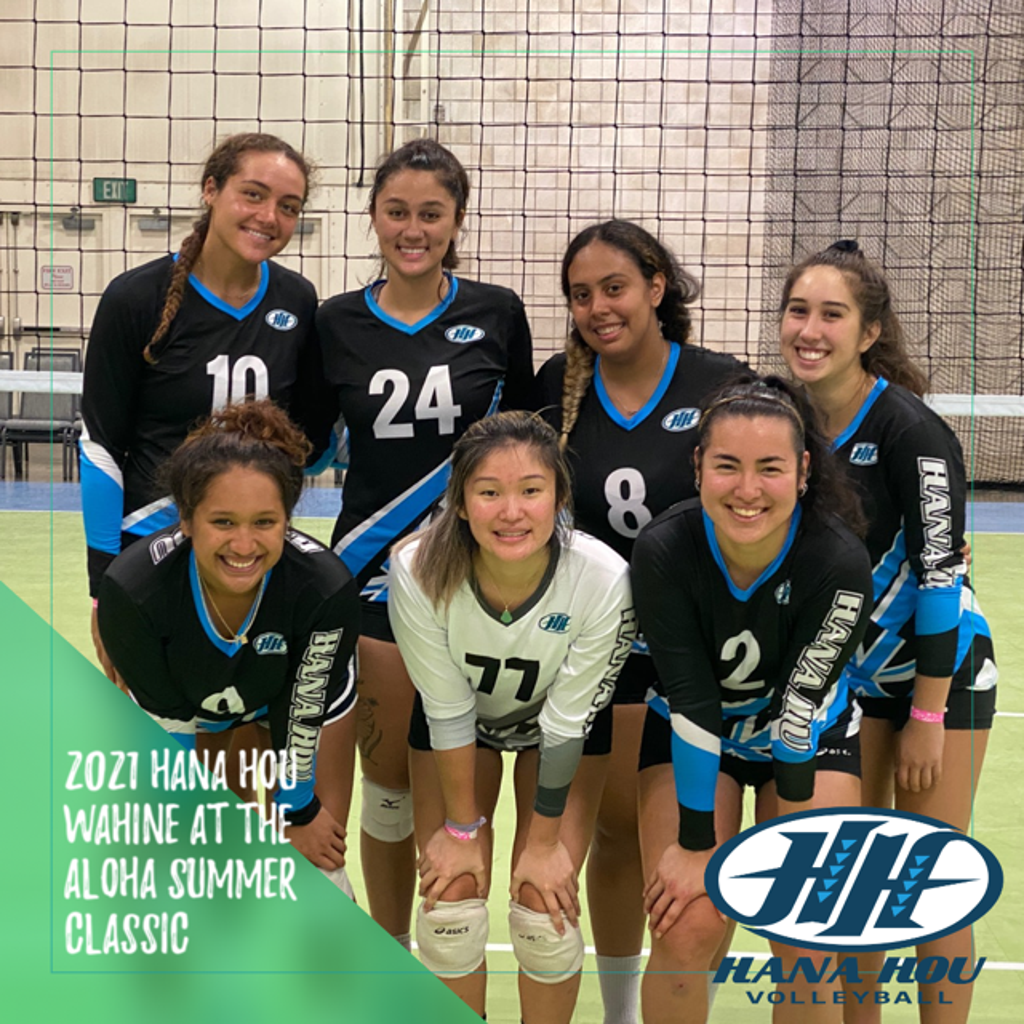 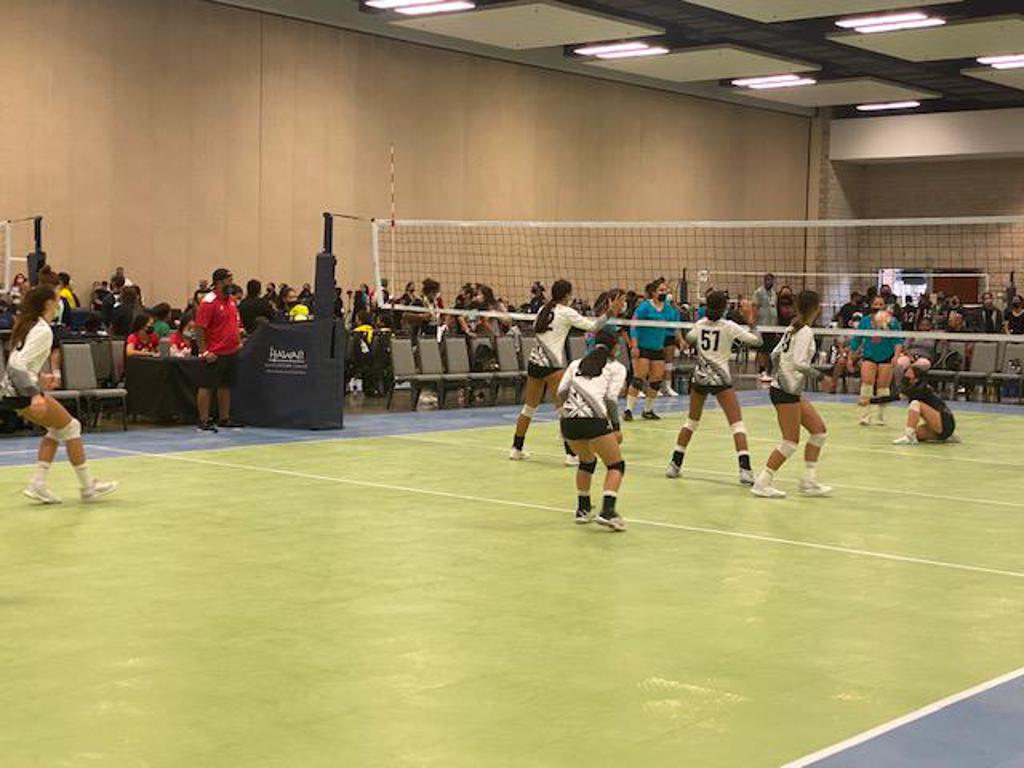 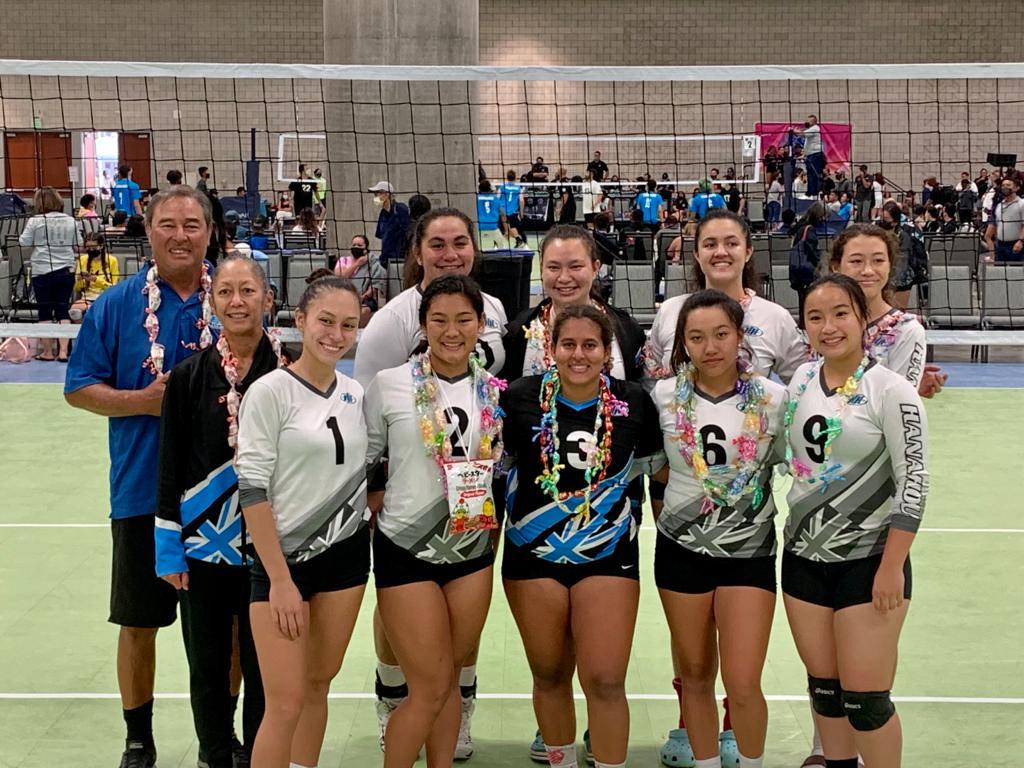 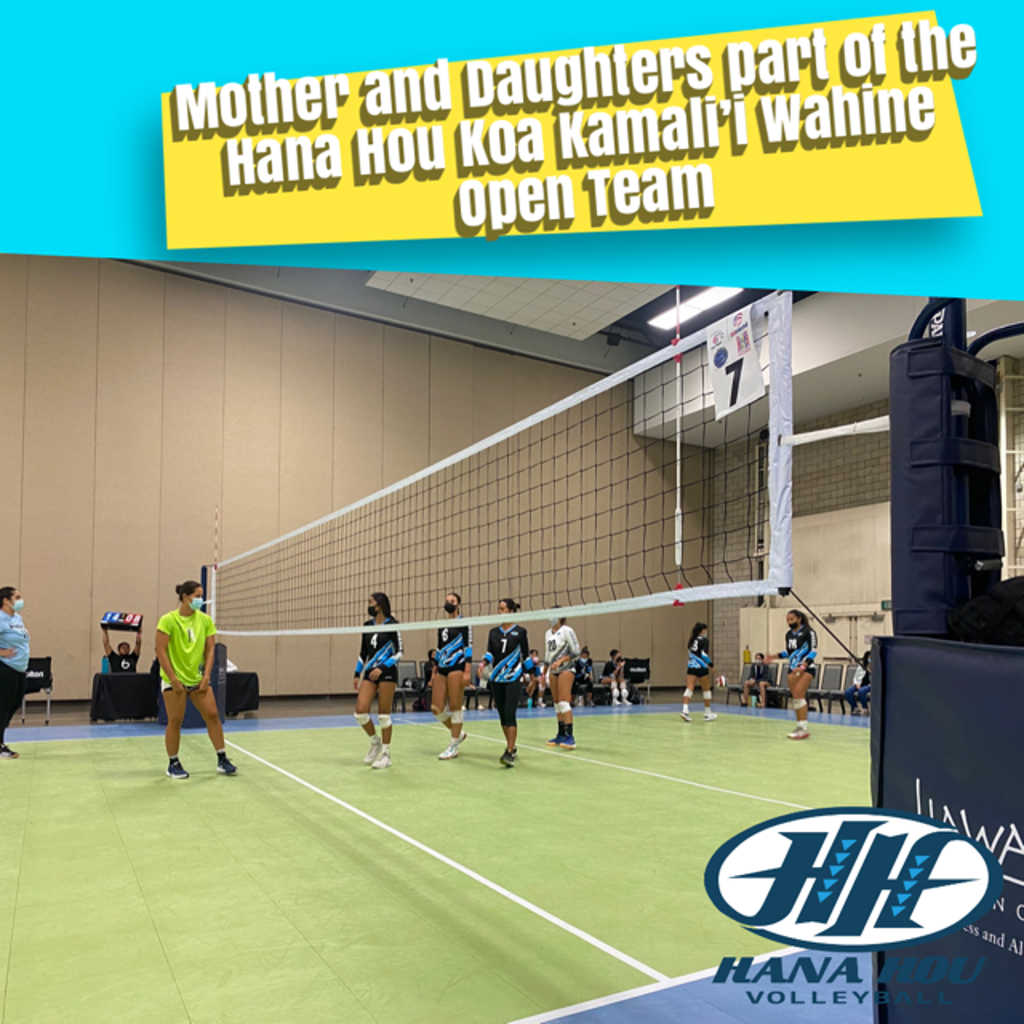 Congratulations to our early traveling teams on a great season !! 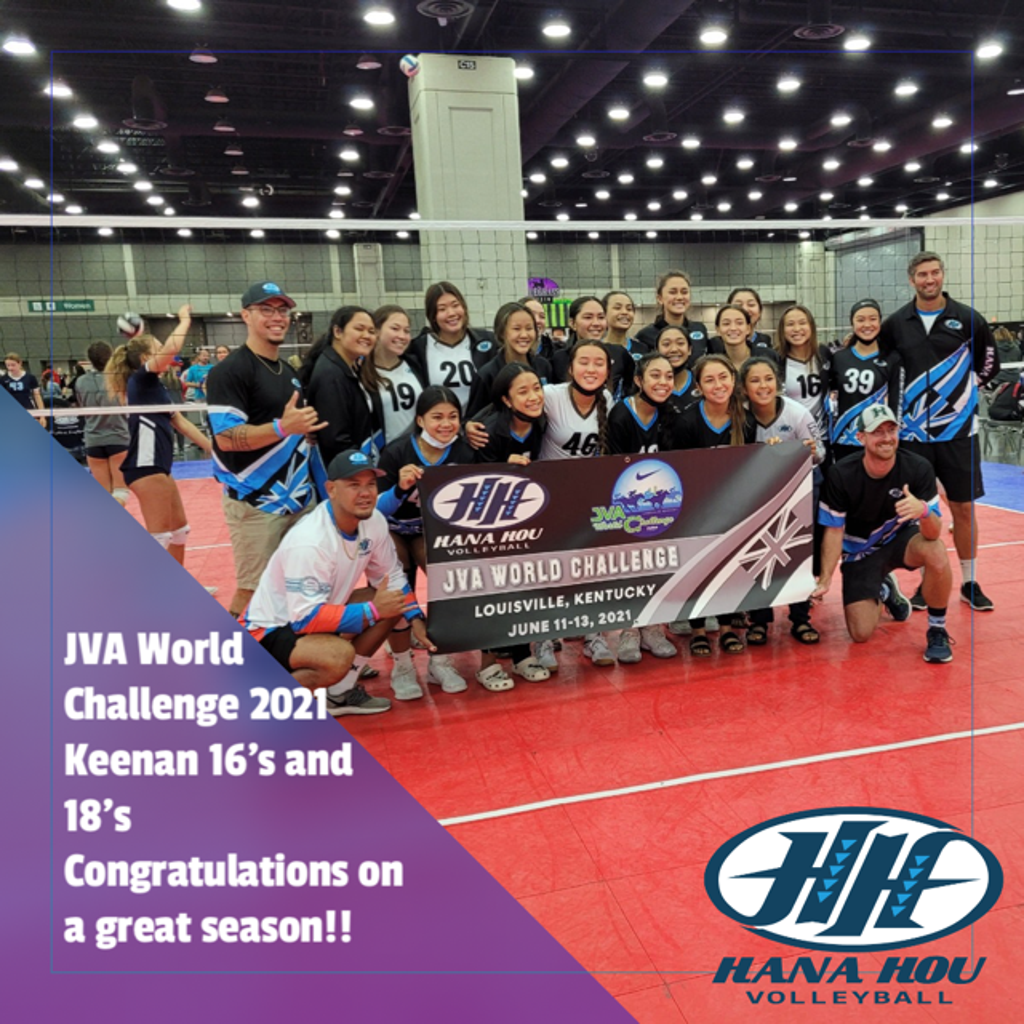 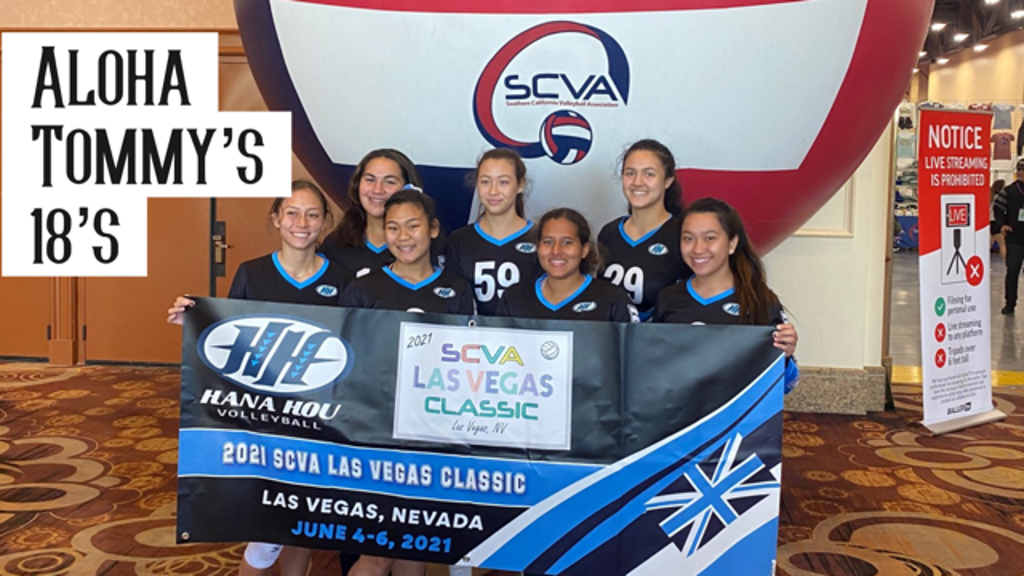 Keenan 16's and 18's faired well in the last day of competition and placed in the middle in both divisions. Wonderful two week travel for the parents , players and staff. This was a journey filled with memories , new friends , new experiences and life long friendships. Season 2021 will be one we all will never forget. Someday it will be remembered as some of the best days of their lives. Time to head back to Hawaii and enjoy the rest of the summer. 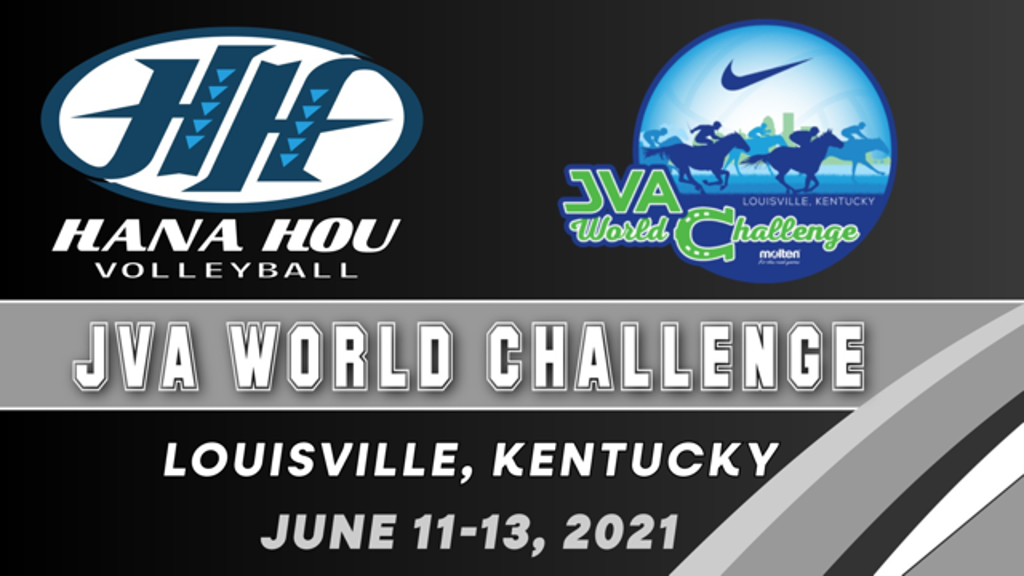 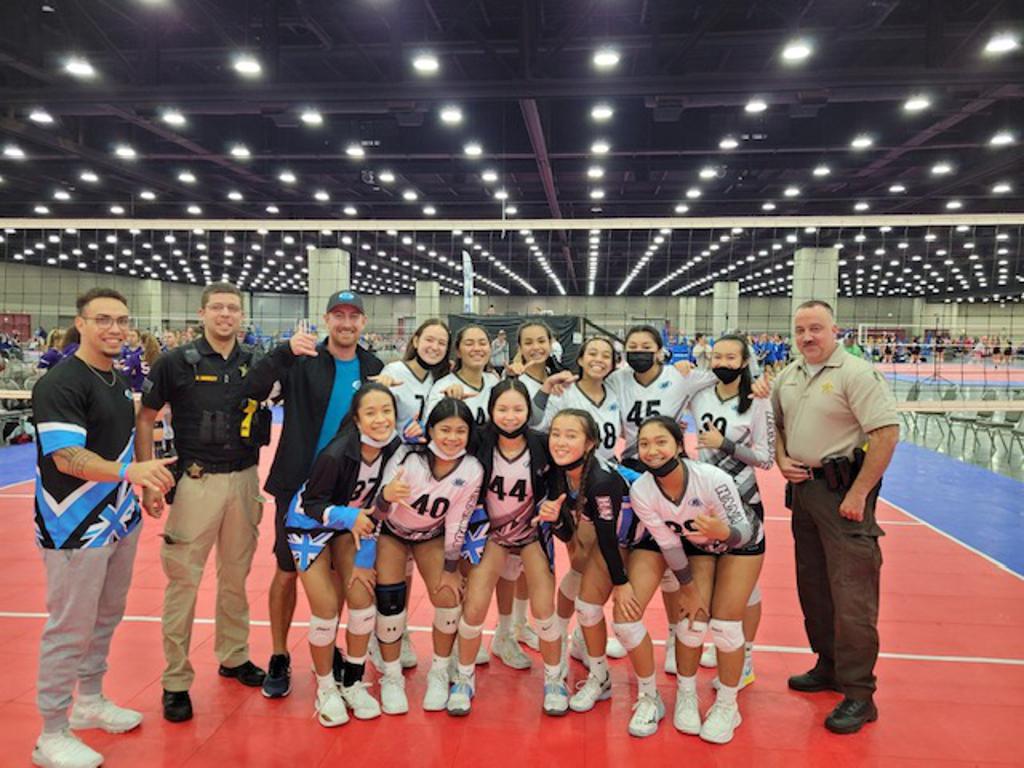 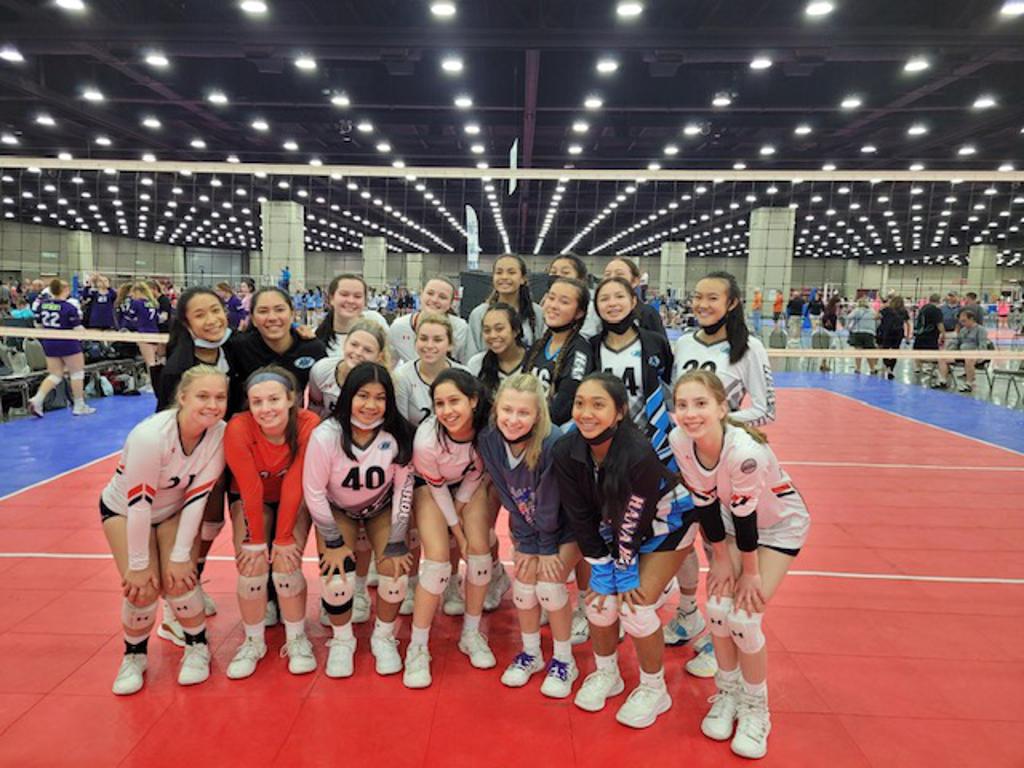 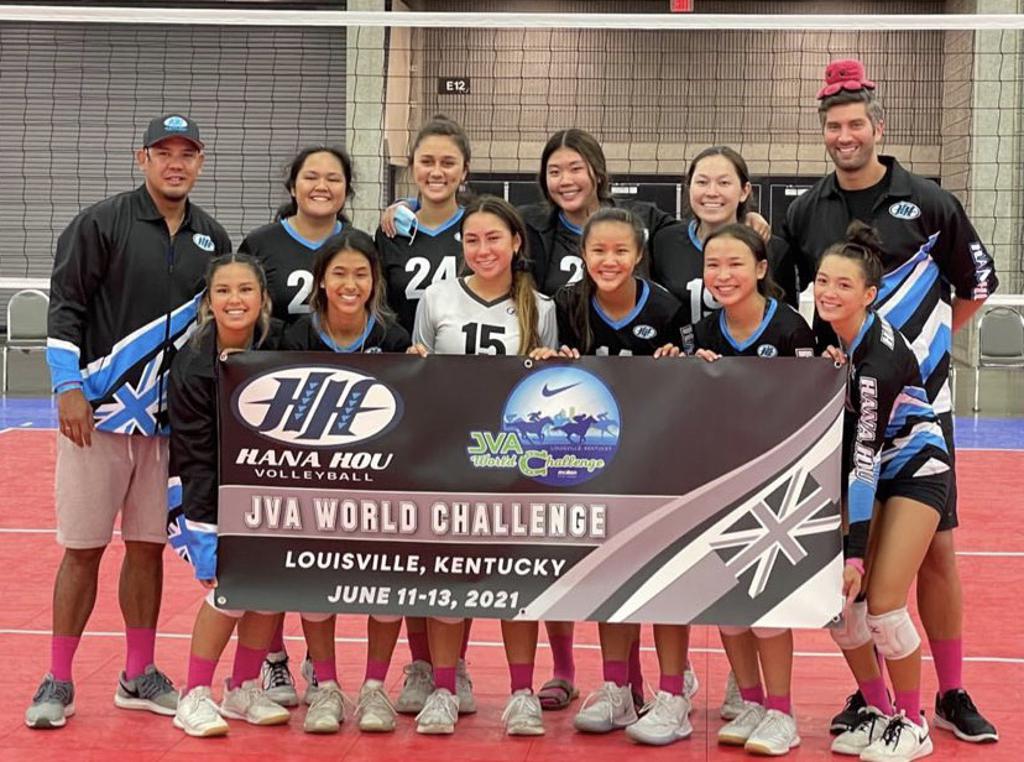 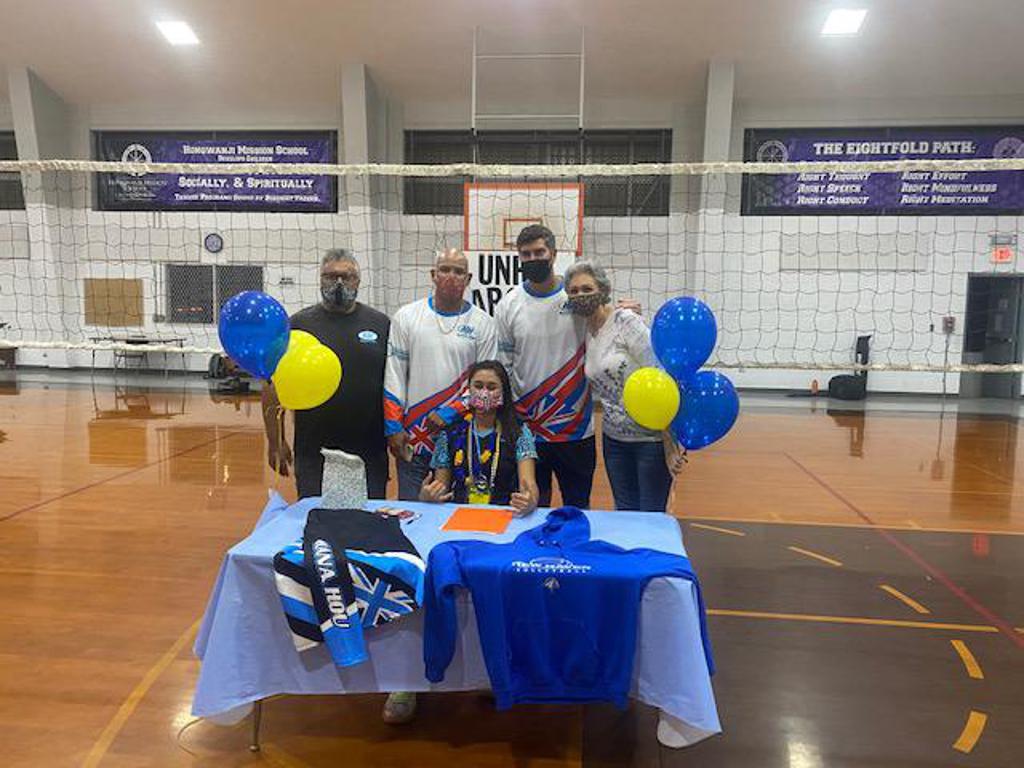 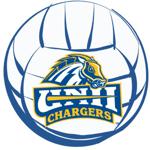 Congratulations to Class of 2021 Mid-Pacific Institute /Team Keenan 18’s Sarae Miguel on her commitment to play collegiate volleyball at the University of New Haven.  Sarae is a three-year member of Hana Hou and currently still in season under coaches Justin and Jason. Her high-school coach was ILH legend Tommy Lake. She is a multi-sport athlete who plays basketball and volleyball.

At UNH the scholar-athlete will major in forensic sciences in a school noted by former professor Henry Lee who worked on many famous high-profile cases.

For two club seasons in an era of Covid19 and global pandemic, Sarae joins four other players that enabled themselves to transition from high school to collegiate volleyball despite the extreme adversity each player faced without travel to mainland tournaments. Using digital platforms and an unwavering commitment to succeed (with help from her parents) this represents a tremendous accomplishment for the young student athlete. Wishing her the best of luck as she departs the one season state for the four season state of Connecticut. 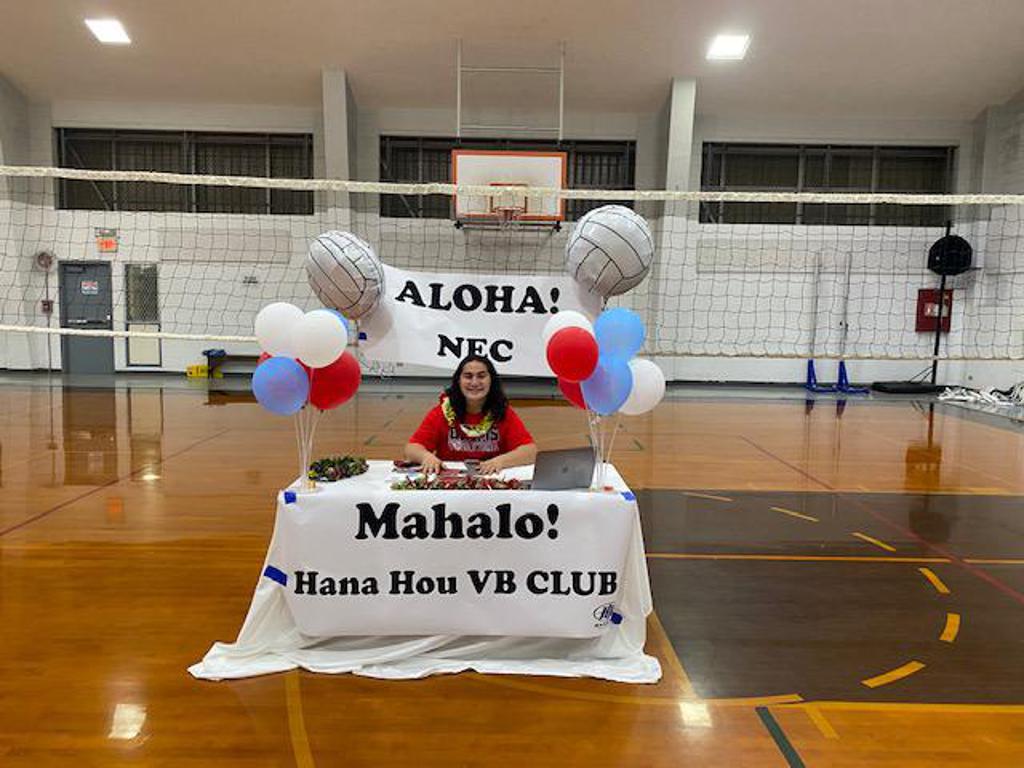 Congratulations to Class of 2021 Waipahu High School Savannah PIlialoha ( Tommy 18’s) on her commitment to New England College.  Located in Henniker, New Hampshire she joins seven Hawaii players who have left the sunny skies of Hawaii in pursuit of academic and athletic goals across the country to the East Coast. Coach Kirsten Morrison has built a solid foundation of Hawaii players and provided opportunities to further their education.

The new pilgrim has been club player for Hana Hou VBC all under coach Tommy Lake for three seasons. Savannah is a gifted athlete with high level skills in volleyball, track and field, and wrestling. Tommy 18s have been together for three years and Savannah and her teammates has represented the true meaning of a team. Supportive and committed to each other, the team will celebrate their final tournament appearance in June at the SCVA Las Vegas Classic.

Hana Hou Volleyball Club is proud to announce Roosa Armstead-Lehti of Kailua, Hawaii has committed to Wells College Express in the 2021-22 school year. "Roosa was my top libero recruit, and I'm very excited to welcome someone with her skillset and character to our volleyball family here in New York,” said Wells Head Coach Mark Lucas.

Armstead-Lehti is no stranger to success as she won Finland’s High School National Championship in volleyball in 2020, while spending her junior year as an exchange student in Finland. Roosa played libero for Mäkelänrinteen Lukio, a sports high school specializing in training and developing promising young athletes.

Roosa also played as DS/Libero for a Finnish volleyball club, PuMa Volley, which won the Southern Finland’s Championship in December 2019 and was preparing to compete for the Finland’s 16U National Title in April 2020, when games were cancelled due to COVID-19.

Armstead-Lehti will major in psychology at Wells College with plans to become a clinical psychologist and own a private practice. She also plays the viola in a concert orchestra. 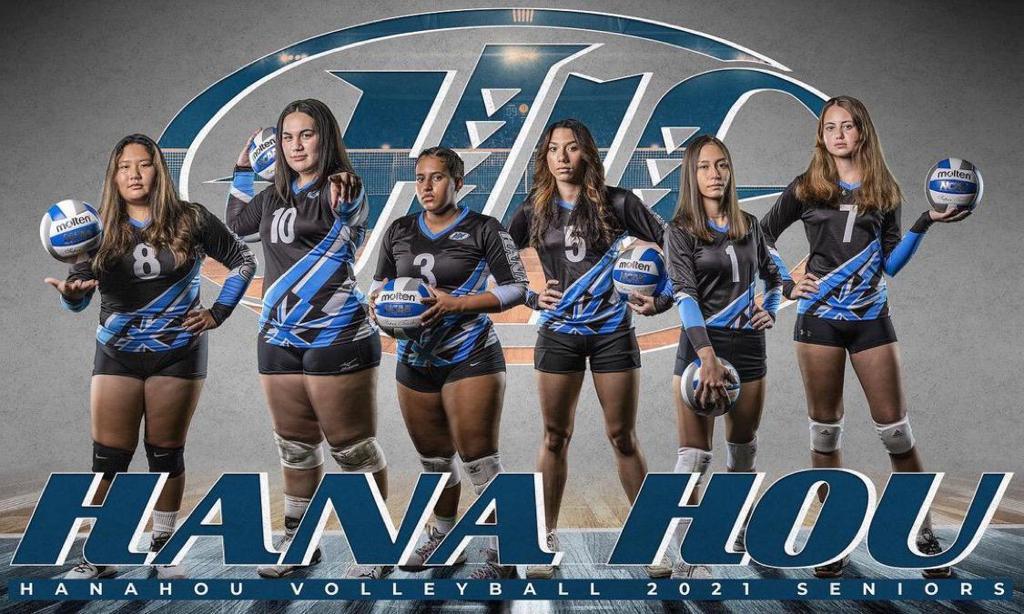 Congratulations to all our Seniors on Tommy's  and Keenan 18's. Words cannot truly express the happiness and joy it has been having all of you choose to play volleyball at our club. Many entered the club three years ago as teens and today exit the club volleyball season as young adults ready for the transition to the next chapter in your lives. Today March 28, 2021 represents the last days for our seniors. In what has been an extremely difficult time in humanity, all of you have persevered and moved forward with success towards graduation. The journey could not have been as successful without the tremendous support from your parents and coaches. Good luck to all of you in college. 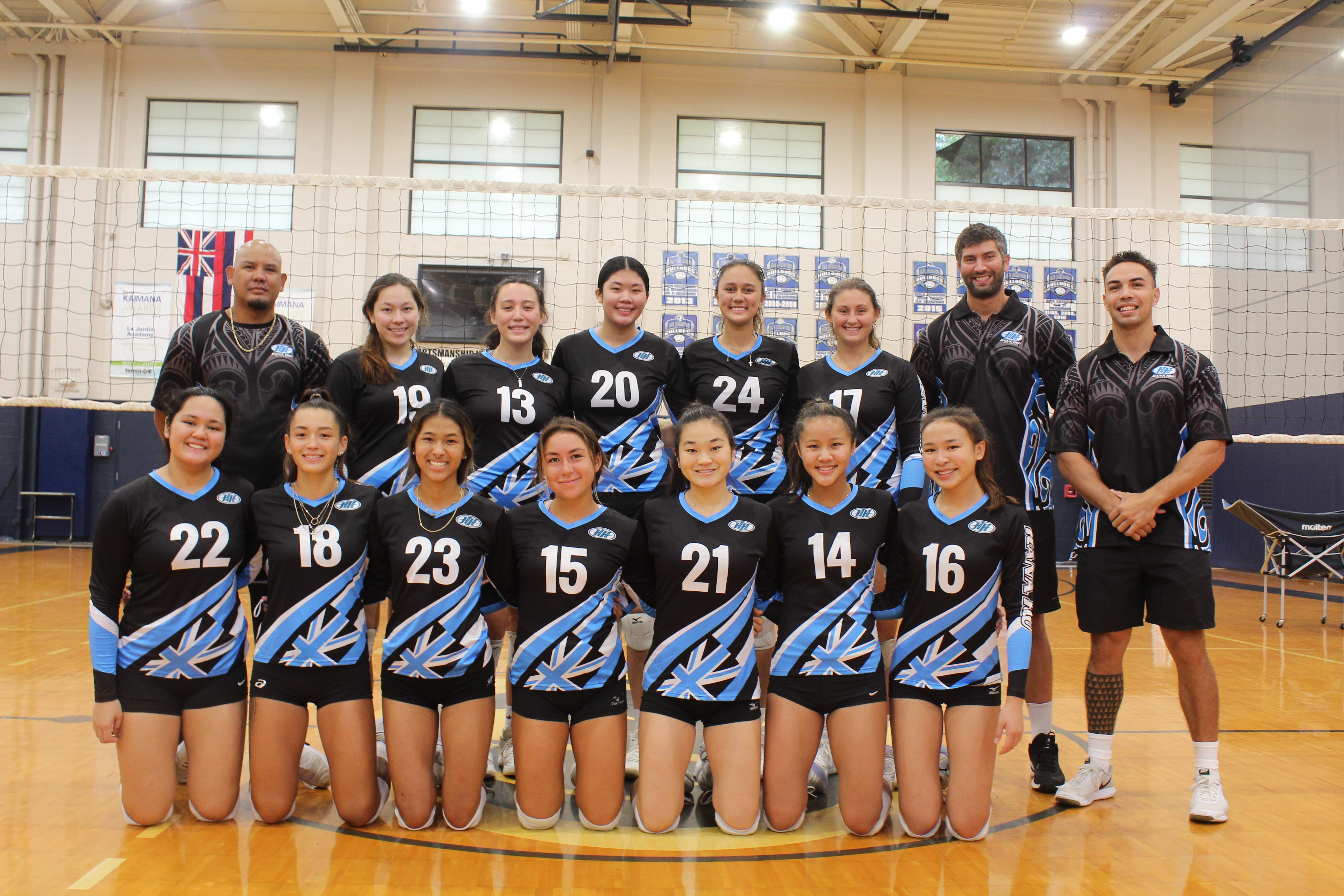 Est May 2016 . Hana Hou Volleyball Club was formed by two parents whose previous club collapsed and needed to provide a opportunity to showcase their 17u old players in what would be the last year at summer travel prior to graduation.  In six weeks the club went from zero to being featured as the media story of the 2016 AAU Junior National Championships in Orlando Florida 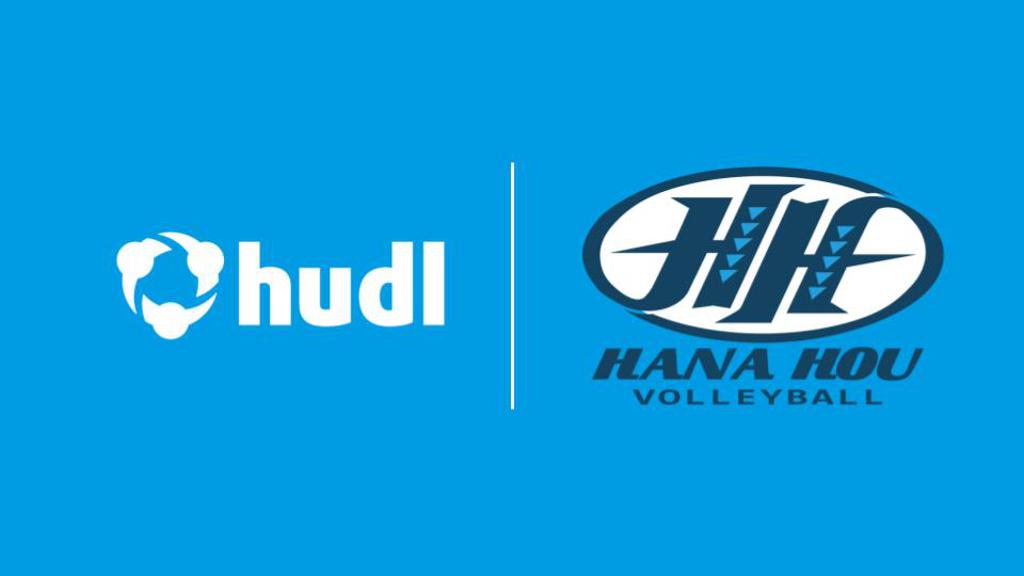 Fueled and Powered By HUDL and HUDL Assist 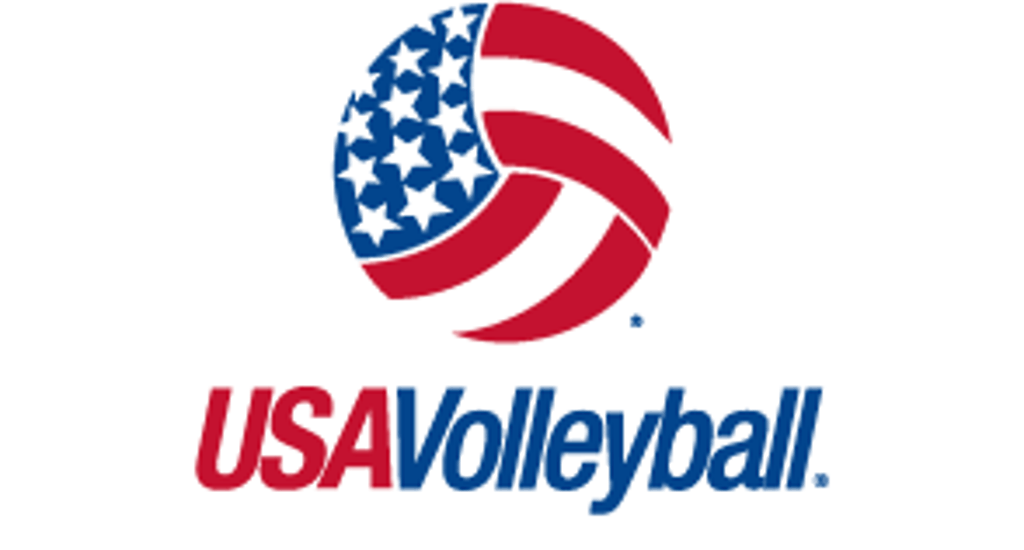 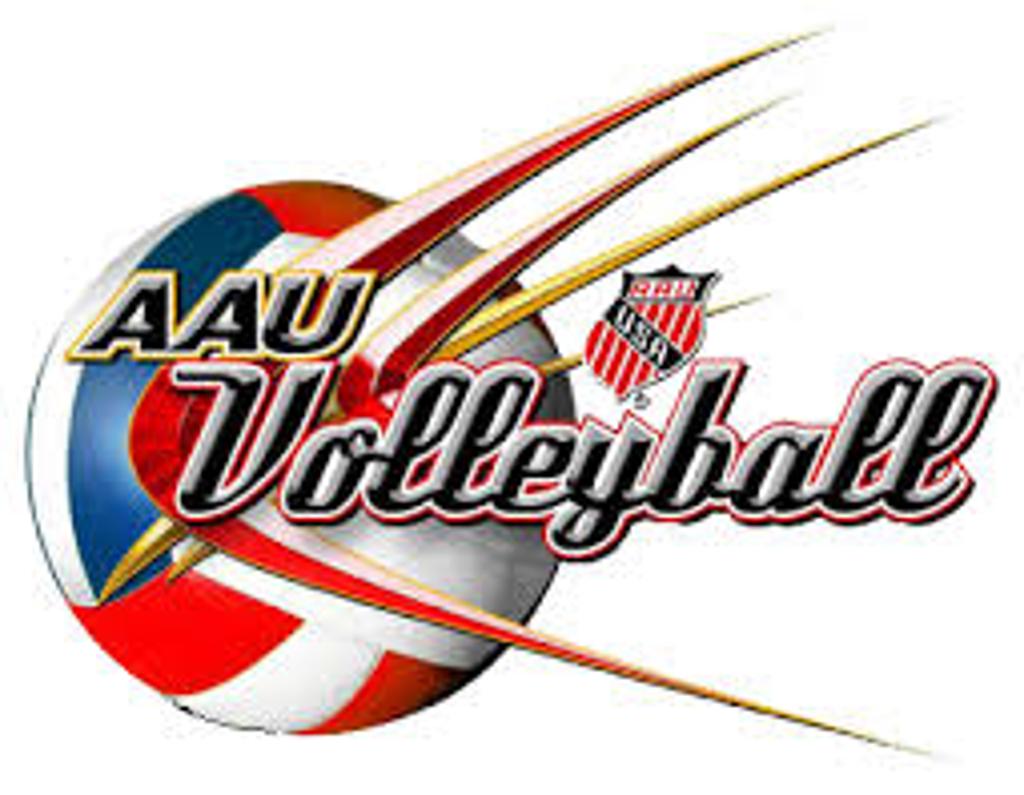